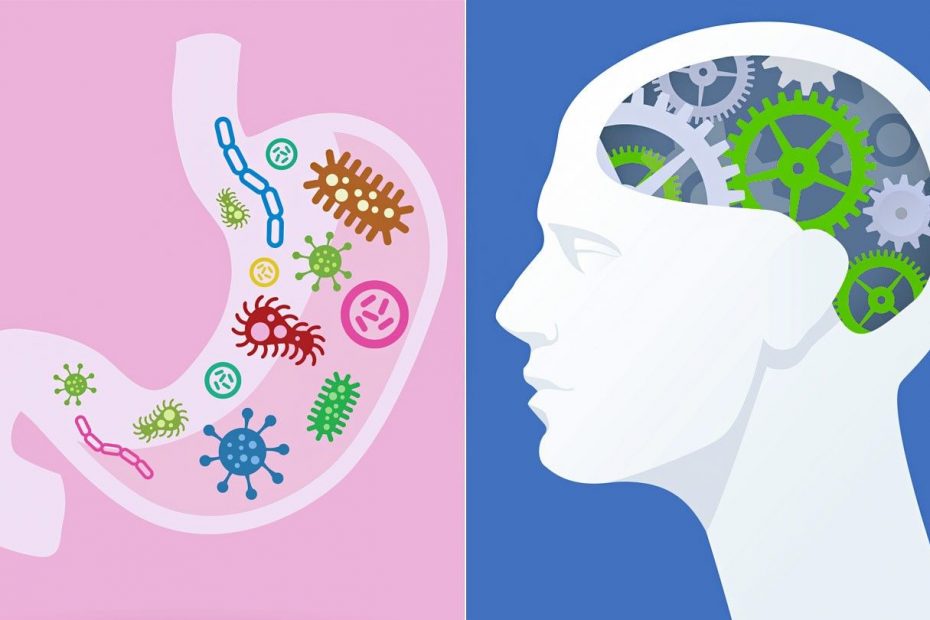 The gut microbiome   –  is a community of microorganisms of the gastrointestinal tract. These bacteria have a huge impact on human physiology in healthy people and during illness. The intestinal microbiome can affect human health either directly by releasing biologically active substances, such as vitamins, essential amino acids, lipids, and so on, or indirectly by modulating metabolic processes and the immune system. In recent years, a significant amount of information has been accumulated about the relationship between the gut microbiome and brain functions. Moreover, significant quantitative and qualitative changes in the intestinal microbiome were recorded in patients with Alzheimer’s disease. On the other hand, the gut microbiome is very sensitive to negative external aspects of lifestyle, such as diet, sleep deprivation, circadian rhythm disorders, chronic noise and sedentary lifestyle, which are also considered important risk factors for the development of sporadic Alzheimer’s disease. In this regard, this review focuses on the analysis of the relationship between the gut microbiome, modern lifestyle, aging and Alzheimer’s disease

Alzheimer’s disease (AD) is a progressive neurodegenerative disease characterized by memory loss, abrupt changes in character and behavior, and the inability to perform normal daily activities in the last stages of the disease.

one of the important factors affecting human health and attracting increasing attention of scientists over the past two decades is the intestinal microbiome. About 1000 species and 7000 strains of bacteria live in the human intestine (1013-1014 microorganisms in total), among which the most common bacteria are those belonging to Firmicutes (51%) and Bacteroidetes (48%) (The Human Microbiome Project et al., 2012). Firmicutes include both gram-positive and gram-negative species, for example, belonging to the genus Lactobacillus (gram-positive), Eubacterium (gram-positive), Clostridium (gram-positive). Bacteroidetes consist of gram-negative bacteria of the genera Bacteroides and Prevotella. The remaining 1% of bacteria belong to other divisions, such as Proteobacteria (gram-negative, in particular the genus Escherichia), Actinobacteria (gram-positive, in particular the genus Bifidobacterium), Fusobacteria (gram-negative), Spirochaetes (gram-negative), Verrucomicrobia (gram-negative) and Lentispherae (gram-negative) (Westfall et al., 2017). Until recently, it was believed that the intestinal microbiome participates in processes that occur exclusively in the intestine, such as carbohydrate fermentation, vitamin synthesis (in particular, vitamins B and K) and the metabolism of xenobiotics, and also acts as a barrier to pathological bacteria.

THE BRAIN-GUT-MICROBIOTA AXIS AND ALZHEIMER’S DISEASE

it was shown that in rats, intestinal dysbiosis caused by the use of ampicillin for 1 month reduced the level of NMDA receptors and mineralocorticoids in the amygdala, increased the aggressiveness of animals and caused a violation of spatial memory, while the presence of the Lactobacillus fermentum NS9 strain in the intestinal microbiome normalized these indicators (Wang et al., 2015). Another study conducted by Liang et al. it was shown that the probiotic Lactobacillus helveticusNS8 significantly improved cognitive impairment caused by chronic stress in Sprague-Dawley rats bred under sterile conditions (Liang et al., 2015). L. helveticus NS8 also reduced plasma levels of corticosterone and adrenocorticotropic hormone and increased the content of anti-inflammatory cytokine IL-10, restored the level of serotonin and norepinephrine, and also increased expression BDNF in the hippocampus (Liang et al., 2015). Similar data were obtained by Luo et al. (2014) and Ohsawa et al. (2015). In addition, the probiotic Bifidobacterium Longum 1714 improved cognitive functions in male BALB/c mice (Savignac et al., 2015).

Thus, the composition of the intestinal microbiome changes significantly with age: the variety of beneficial bacteria, such as lactobacilli and bifidobacteria, decreases, and, on the contrary, the number of “unhealthy” pro-inflammatory bacteria, such as fusobacteria, shigella and clostridia, increases. In addition, unhealthy modern lifestyle factors, including a high-fat diet, a sedentary lifestyle, lack of sleep, circadian rhythm disorders and chronic noise, also change the composition of the intestinal microbiome, thereby exacerbating the negative impact of aging. In turn, the lack of probiotic strains affects the synthesis and secretion of neurotrophic factors such as BDNF, NMDA receptor and GABA, while pro-inflammatory taxa of the intestinal microbiota are able to secrete bacterial amyloid and lipopolysaccharides, which are considered neurotoxic. Since elderly people experience a violation of the barrier functions of the intestinal wall and the blood-brain barrier( BBB), these endotoxins are able to penetrate from the intestinal cavity into the bloodstream and further into the brain tissue, as well as have a direct and / or systemic negative effect on the structure and functions of the central nervous system and contribute to the development of neuroinflammation and neurodegeneration 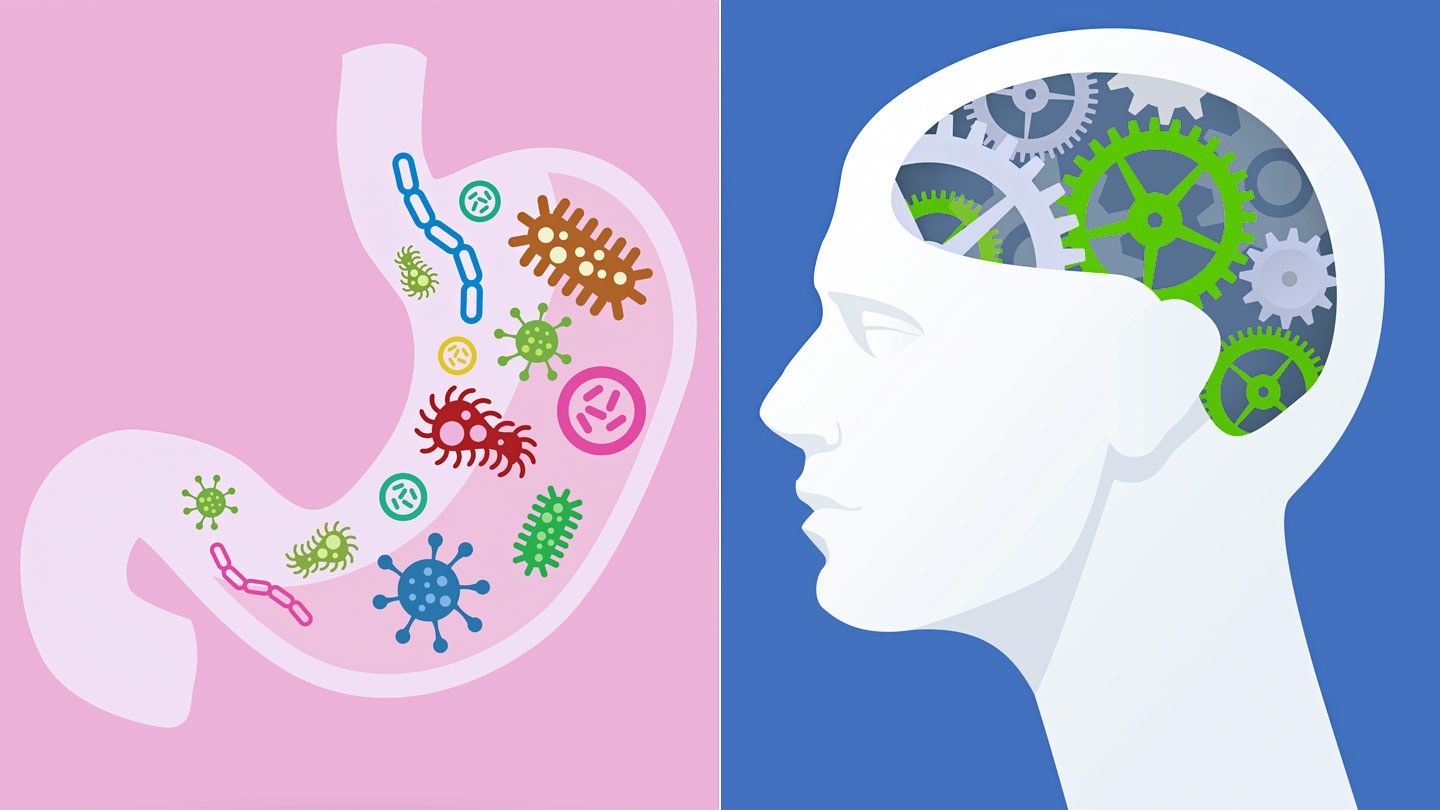 Violation of the functioning of the BBB in Alzheimer’s disease leads to an increase in the amount of amyloid peptide (Aß) in the brain. Scientists have long been studying the relationship between the functioning of the BBB and Alzheimer’s disease. They were able to identify two BBB proteins that probably play a role in the development of this disease. One of these proteins – RAGE-mediates the penetration of beta-amyloid molecules from the blood into the brain tissue, and the other-LRP1-transports them outside. If the balance in the activity of these proteins is disturbed, characteristic amyloid plaques are formed